Benefits of House Sitting: Three Housesits and a Funeral

In the house sitting world, we often hear stories about how housesitters bond with various pets. But one of the unexpected benefits of house sitting for us has been the bonds and friendships that we form with the homeowners. Having now completed forty-one house sits, we realise that caring for pets and homes, in many cases, is more than a contractual thing but rather much more about connecting with people all over the world.   There are three particular house sits where the bond between the homeowners and ourselves extended beyond our engagement as housesitters. 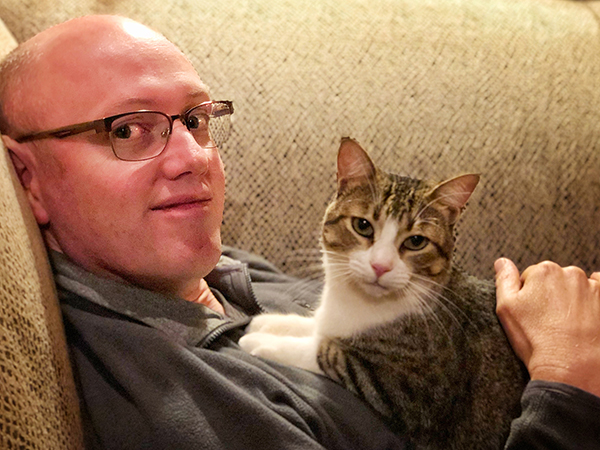 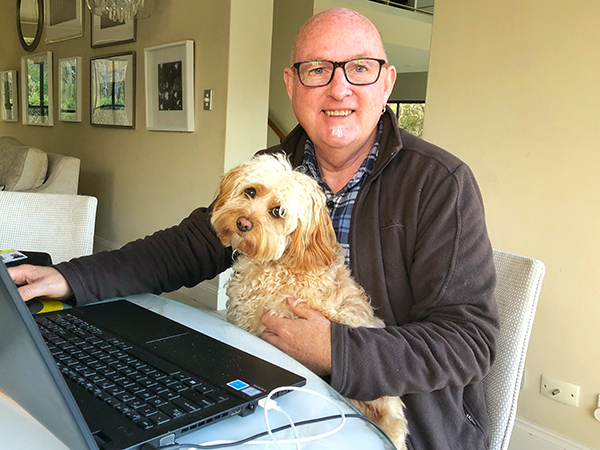 The first, set in a sub-tropical highland climate of Queensland, was just one perfect day after the other. We took care of two lovely dogs, Thor, a big boofy gentle giant and the other, Penny, a fluffy little delicate thing. The couple we were housesitting for had planned their two-month holiday so *Peter could return to his birthplace in the UK, having not been back since he emigrated to Australia forty years ago. We had first met Peter and *Leanne at their home a few months earlier to go over the requirements for the house sit. What had intended to be a quick catch up over lunch continued for many hours into the afternoon. We instantly clicked, and we both felt this was going to be great for all of us. Peter couldn’t stop thanking us for helping make his trip possible, and he was so excited to be heading back to the place he once called home.
The two months went by so quickly, perhaps because we were enjoying ourselves so much. We would keep track of Peter and Leanne’s holiday on Facebook, and we kept them up to date with what was going on with us and their pets using the usual channels of our Facebook page and messenger.  On their return, we collected them from Brisbane airport. We sat up till the early hours of the morning talking about their holiday and our time spent in their lovely home. It’s just a great feeling when you know you have helped people achieve a dream come true.
Fast forward three months, we get an email from Leanne telling us that Peter has prostate cancer. We were both shocked. His treatment was going to be over several months before the doctors would know what his prognosis would be. We kept in touch with Leanne over the coming months to keep up to date with Peter’s progress. It just so happened we were doing a repeat house sit in Queensland six months later, so we arranged to call by to see how Leanne and Peter were doing. Peter was still undergoing his treatment but was doing much better, and his prognosis was looking good. However, a few months later we got an email from Leeanne. The subject line in the email was, ‘some sad news’. We were both hesitant to read the email. It was news that Thor, their lovely dog, had been put to sleep. While upset we were both somewhat relieved that the news was not about Peter, but we were very saddened to hear that this gentle giants time had come. House sitting can be very emotional at times! 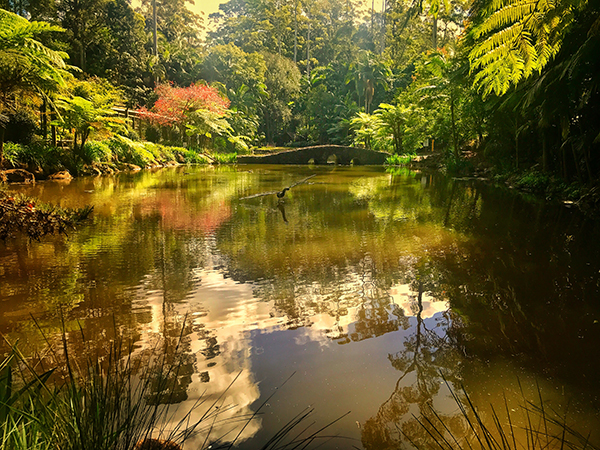 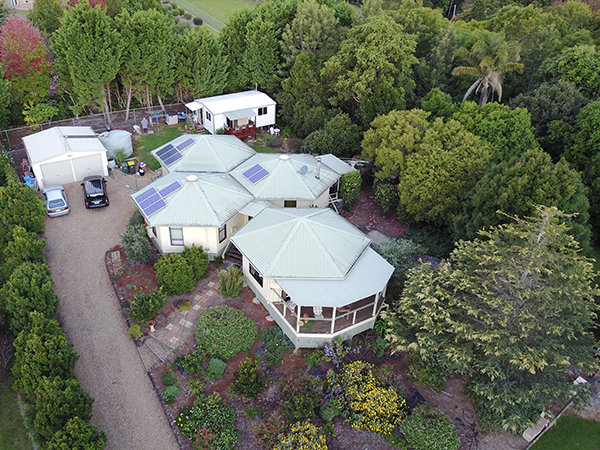 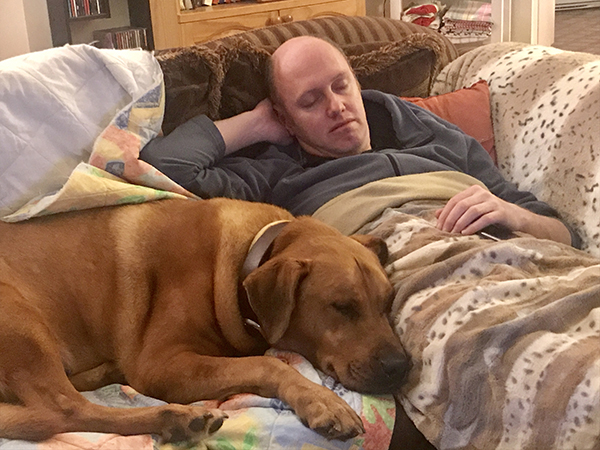 Another favourite house sit was for an expat couple in San Miguel de Allende, Mexico.  *Ted and *Dianne have had fascinating lives. Ted was born in Norway and Dianne was born in Lebanon. Both second marriages, their lives together have taken them to many parts of the world as Ted was a foreign diplomat and his job required them to live in many countries around the world. On his retirement, they decided that Mexico was going to be their forever home and have now lived there for 12 years. We have shared many stories with them about their travels and love of Mexico. We have also met two of Ted’s adult children during our travels, so we feel the family has embraced us, and indeed we are part of their extended family. We have now house sat for them twice and have been invited to house sit for them again later in 2019. But it was just before the start of our second sit that we received news from Dianne that her daughter, who is living in Europe, had been diagnosed with cancer. After receiving the shocking news, Dianne asked if it would be possible for us to come earlier as she and Ted were going to leave for Europe a week before our planned arrival. Unfortunately, we were already committed to another housesit up until the time of our departure for Mexico, so were unable to accommodate her request. Luckily Dianne was able to organise a neighbour to take care of their dog and three cats until we arrived a week later. We received an email from Dianne saying she was so relieved that we were coming because we knew the routine of the pets and we were familiar with the house and the local area so she was able to fly off to Europe without any worries and could focus on supporting her daughter. It’s a good feeling knowing that you can be helpful and supportive when homeowners face an unexpected family crisis. This housesit was for a month, and we had previously planned further travel throughout Mexico after the end of the month, so Ted returned from Europe to take over the care of the pets, and Dianne stayed on for a further two weeks with her daughter. The good news is that Dianne’s daughter is responding to treatment. House sits such as this make us realise how important we can become in the lives of others. 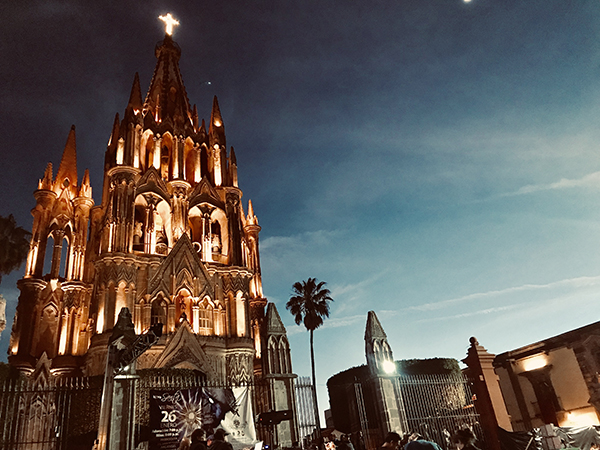 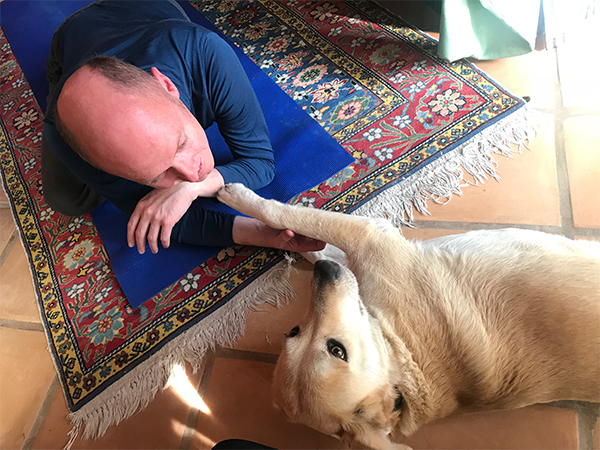 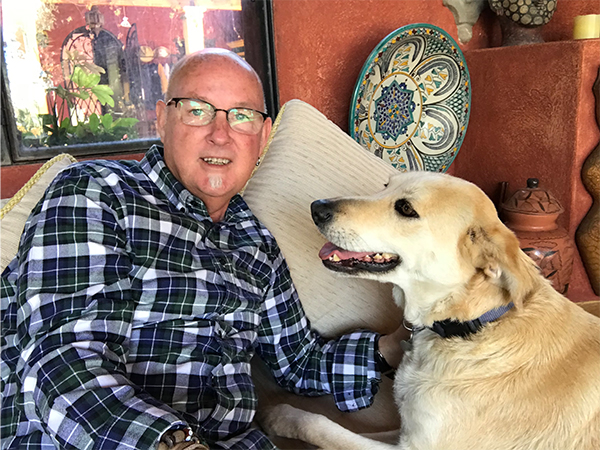 After leaving Ted, and travelling for a few weeks around Mexico, we then settled into our next house sit in Ajijic which has a growing expat community made up predominantly of Americans and Canadians. We had house sat previously in Ajijic but for different homeowners and had made some great friends, many of whom we kept in contact with via Facebook, and so we were keen to catch up again on our return. During our previous visit, we had both experienced our first ‘American Thanksgiving’ and were lucky enough to be once again invited to celebrate it with many of our expat friends, including *Matt and *Maree whom we had met at our first Thanksgiving.  We subsequently house sat for them as well, taking care of their two cats. Matt and Maree, are originally from the US and retired to Ajijic 6 years ago, both embracing the Mexican way of life and the culture of the Mexican people. Matt is particularly interested in Mexican art and literature and has documented the many murals in and around Ajijic, developed a ’10 Minute Play’ festival for local playwrights and formed book clubs focussing on Mexican authors. It was great to catch up with them again at our second Thanksgiving lunch where we spent many hours discussing all things Mexico. It was during the lunch that we all expressed our thanks for the good things in our lives. Matt’s words were quite moving as he expressed his thanks for the wonderful life both he and Maree have in Mexico and how grateful he was to have Maree in his life. It was plain to see how much they cared for each other as Maree wiped a tear from her eye. Little did we all know at the time but this would be Matt’s last Thanksgiving. Six months later we received the shocking news that Matt had suffered a massive heart attack while attending a film screening at the local Ajijic theatre. He died as he was being taken by ambulance to the local hospital. We were both in disbelief at the news and despite being many thousands of kilometres away felt deeply for Maree and all our friends in Ajijic.  It was reassuring to know that Matt lived a full and active life and loved every day. He was very community minded and contributed so much. His friends and family, the broader community of Ajijic and his mates from Australia will significantly miss Matt. 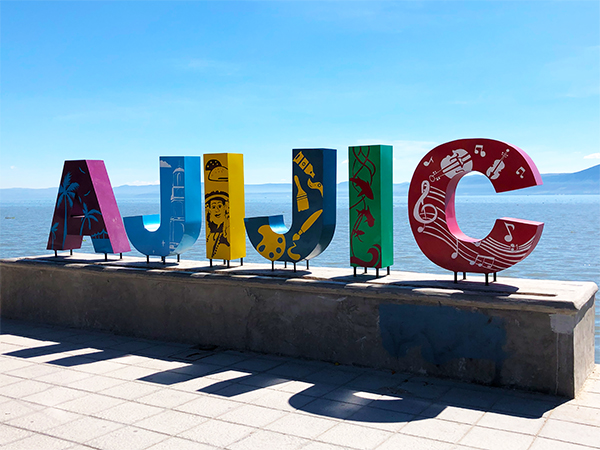 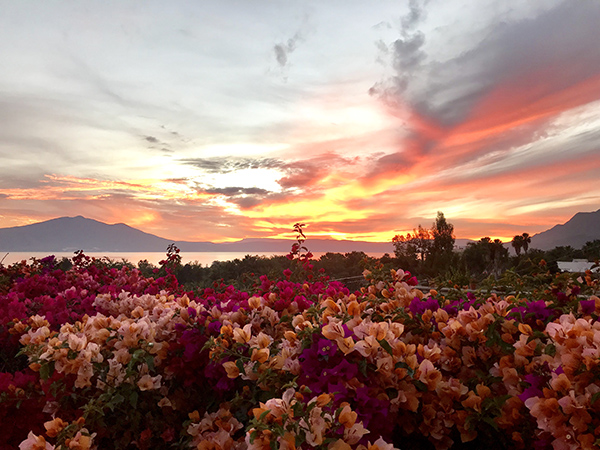 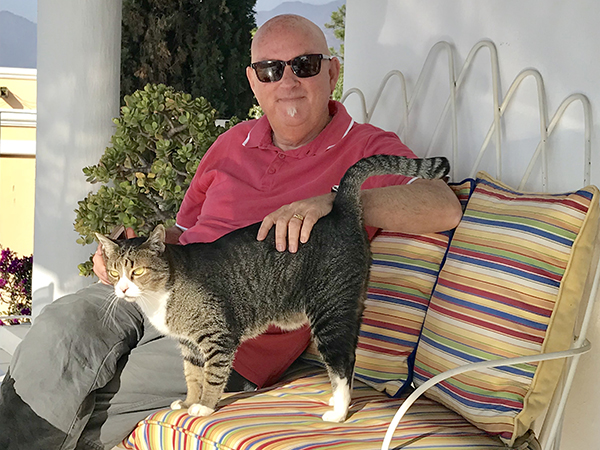 Matt’s passing highlighted to us how our lifestyle of house sitting is much more than just caring for people’s homes and pets. It is about connecting deeply with people, knowing that we become part of peoples lives, during both the fun times and the not so fun times. Peter continues to do well, and Dianne and Ted’s daughter is on the road to a full recovery.
We look forward to many more house sits and know that when we do receive sad and tragic news about pets and homeowners, we can be thankful knowing that we had the honour and pleasure of knowing them and contributing to their life in some small way – one of the many benefits of house sitting.
*The names have been changed to respect the privacy of those mentioned.