It is now Sunday afternoon and the Mexicans certainly understand what a day of rest means. This large city is sleepy today with only a few small shops open and plenty of people and families walking around the zocalo.

We arrived here on Thursday after a four hour bus trip through very mountaineous regions which were quiet spectacular. Once again we rode executive style on a ADO bus line coach. There were only about 16 people on the coach and most of those slept most of the way – they’d obviously seen the scenery before! 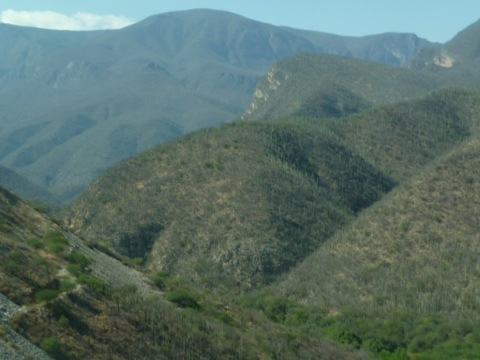 We are staying at Casa del Sol Hostel which is very quaint with the bedrooms opening onto a courtyard covered in flowering bougenvillia. We have breakfast provided each morning from 8am consisting of cereal (corn flakes), toast and jam and fruit which really helps us get the day started. 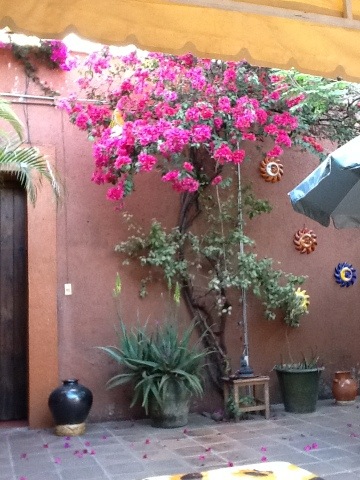 On Friday we took a tour to Monte Alban which is a ancient Zapotec city. Our English speaking guide was Arnold, a Mexican who was 85 and very knowledgable of the history of Monte Alban. The area was huge and really showed how advanced such civilisations were. The Zapotecs reigned in this area from 500BC – 750AD. 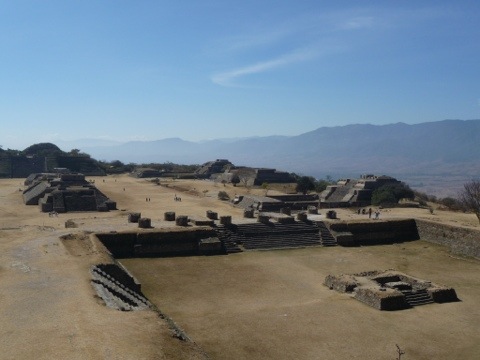 Following our tour of Monte Alban we visited an alebrijes workshop in a small town called Arrazola. Alebrijes are animal shapes carved of copal wood and then painted decoratively in whimsical designs. They truly are fascinating and we couldn’t resist making a few purchases.

Next stop was Cuilapam de Guerrero which an unfinished convent of Santiago that first began construction in 1535. It is built in the Gothic style and was used by Zapotecs and Mixtecs (two indigenous races) simultaneously. A large part of the building is made from limestone and it requires constant maintenance. 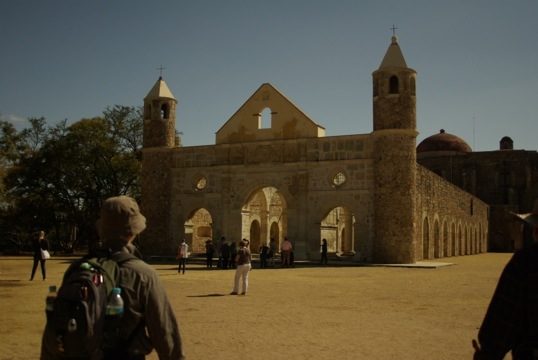 Lunch finally came in the form of a buffet at around 3pm and we were both starving. One thing we have noticed is that Mexicans eat late! The buffet was very yummy with lots of traditional decisions with chicken, beans, rice and tortillas made freshly on an open fire. The highlight of the dessert was a cream banana custard – 2 helpings thank you!!! We also tried a Roza les Reyes which is the Rose of the Kings which is a large donut shaped pastry with a sweet jam inside. This traditional loaf is eaten at this time to celebrate the Three Kings and contains a small plastic baby Jesus and if you get the slice with it in, you get to make tamales for your family in February. We are not sure of the significance of this but luckily our piece didn’t contain Jesus so we are off the hook. 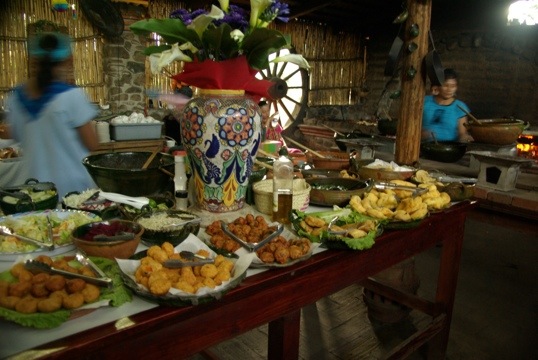 Our final stop on the tour was the black pottery workshop where a technique was discovered by Dona Rosa to create big round pots without the use of a potter’s wheel. After firing, the pots are rubbed with quartz resulting in the objects having a black pearly sheen. When struck the pots/objects give off a metallic ring, as if they were made from metal.

Back to Oaxaca and being the Feast of the Three Kings we decided to go to Mass at Santo Domingo church which is within a couple of blocks from our hostel. It was a simple yet moving service. This church has some of the most magnificent decorations we have seen in a church with the ceiling and walls covered in gold leaf and statues of what we imagine to be every saint ever known! 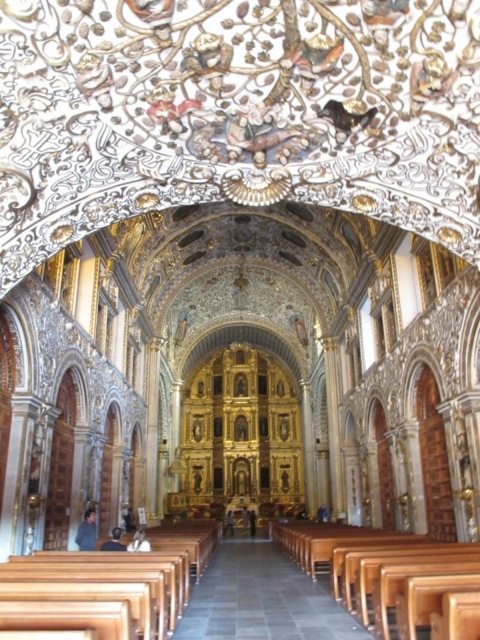 Following mass we went down to the Zocalo and saw a light show against yet another church – the Oaxaca Cathedral. It was quite a show, similar to the projections on St Mary’s Cathedral in Sydney but with more animation and an synchronised soundtrack. 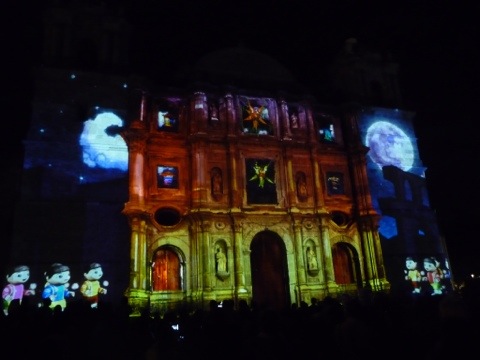