We arrived in Puebla in luxury. The bus system in Mexico is very good and the bus stations operate almost like airports. We had bought our tickets a few days before and decided to go Executive Class as it was only 20 pesos ($2) more. The seats reclined, their were videos and we both got a goody bag with water, headphones and a snack. The trip took about two hours through the Mexican countryside and upon arrival our taxi driver quickly got us to our hotel – Hotel Colonial, right in the centre of the city. It used to be a Jesuit monastery and was very nice with views out our balcony to the Cathedral which is reportedly to have the highest spires in Latin America. 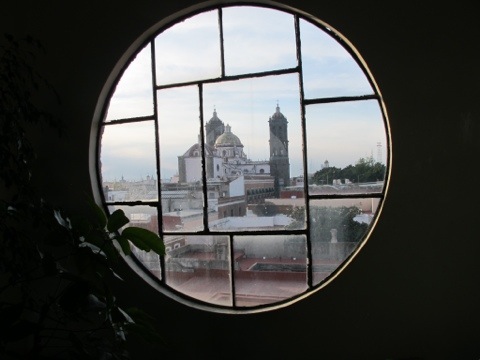 Puebla is a world heritage listed city with many churches and is famous for colourful pottery. Once again, the focus of the city is around the Zocolo or town square. We visited the markets (several times) and picked up a few pieces. Christopher has started a collection of crosses decorated in all different styles. Puebla provided many options for this and our bags have begun to expand!!! The arts and crafts are most colourful and hand made, meaning there is some beautiful work and prices are very inexpensive. 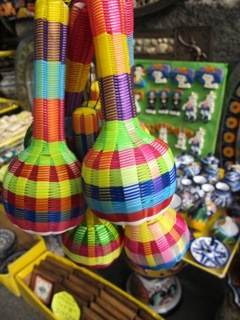 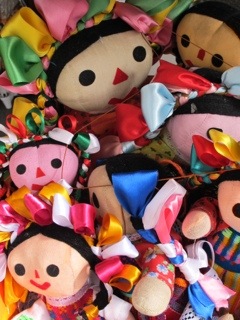 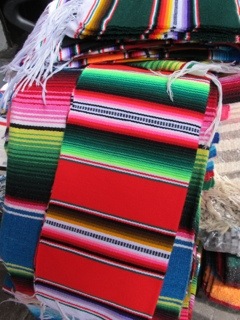 We also took a ride on the tourist bus (open top) around the significant sites of the city. The explanation was in English and was a good way to see parts of the city we wouldn’t have been able to get to easily ourselves. The view from the top of the nearby hill gave us a great overview of the city.

Puebla is also home of the factory for Volkswagen so there are many VW’s driving around from the Herbie variety to the latest models.

Three Kings Day (January 6th or ephinany) is widely celebrated throughout Mexico and it is on this day that the children receive their presents. In Puebla on our final night there was a Three Kings parade which included live animals, marching bands, people dressed as stuff toys, illuminated trains carrying toys and dancing girls. We had a prime position to watch the parade pass by and the children certainly were excited.