We left Bundi very early in the morning (6am) and caught a local train which can only be described as dirty!! There were peanut shells and paper all over the floor and some brown sludgy liquid sloshed about the floor at the end of the carriage near the toilets! We sat tight, next to our Indian travelling companions and the three hour trip through country fields passed quickly enough. Alighting from the train we hopped into jeeps and travelled an hour and half to our next destination which was a luxurious camp on the edge of a lake in the middle of farmland. We travelled through many small villages on the way with the locals greeting us with “goodbye” as we travelled through. The children would run to the road to wave and smile at the funny tourists!

Our camping spot was very relaxing and our tent had its own bathroom. We had little to do other than rest. We did walk to the top of a small hill which had the remains of a fort but other than that our time here was spent resting and sleeping between meals. Next morning we visited a couple of local villages and an opium farm en route to our next destination which was a castle. We seemed to be off the tourist path as the locals were very curious about us and often would look and stare. They were always very friendly and happy to have their photo taken, some of the kids running up saying “1 photo” to us.

The castle was owned by the same person as our camping spot and it too was very relaxing. There was a ten day old camel in residence and many optional activities including horse riding, facials, massages, bike riding etc. Christopher opted for a massage whilst Andrew signed up for the morning yoga class. It was good to do some yoga again after a few years and I will definitely be signing up for regular classes upon my return to Australia. It was a great stretch and our instructor was truly flexible as he (and we attempted) touched his toes with his nose and hugged his legs like a baby! He gave us tips for clearing wind and preventing acid build up in the stomach as well.

Next stop was Udaipur which is the city where our guide grew up and we reached there by two cars and took about three hours. Udaipur is situated on a lake and is quite beautiful and seems cleaner than other parts of India. It reminded me a bit of Venice and is famous as the location where the James Bond movie, Octopussy was filmed and many of the cafes have it playing every night. We took a boat ride on the lake in the afternoon at sunset after first visiting the second largest palace in India (we saw the largest in the south in Mysore) and it was amazing with many treasures inside. That evening we attended a cultural performance of seven traditional dances of the state of Rahjastan which was very enjoyable and quite amazing. One woman ended up with 11 bowls sitting on her head and she whirled and twirled around, at times dancing on broken glass.

The next day we were free to explore Udaipur on our own. We set out early but realised shops and cafes didn’t open until at least 9.00am. We wandered around the shops and over the bridge on the lake. Udaipur is famous for its miniature paintings and there were certainly plenty to look at along with silverware and souvenirs. We picked up a few things to remember our time in India! 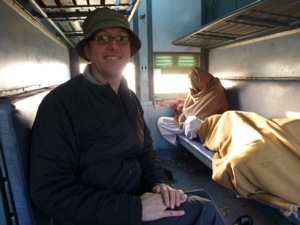 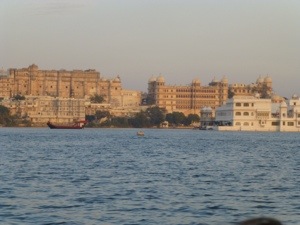 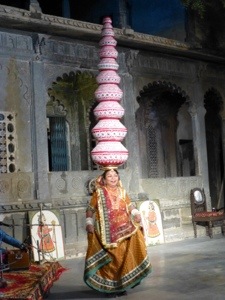 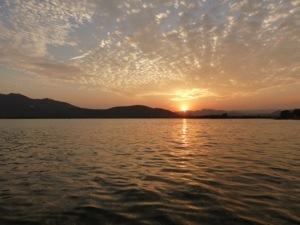