Well it is New Year’s Eve here in London and it is raining so hopefully it will stop before the fireworks at midnight.  We are having a fantastic time and it seems more than 5 days since we left home. 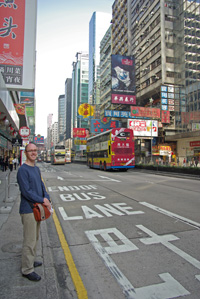 Our two days in Hong Kong were action packed and lots of fun!  We visited Temple Street night markets as well as the ladies markets.  Things are very cheap even though the sound expensive!!  A cup of coffee cost us $24HK each but when converted to Australian Dollars it only works out to around $3.50.  The public transport system is very efficient and extremely clean and fast.  We used it extensively using our Octopus card (travel card) which included 2 trips on the airport express. 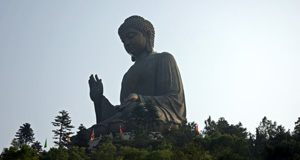 We visited the world’s largest outdoor Buddha (26m in height) and as an added bonus returned on a 30 minute cable car ride which was quite spectacular over the mountains and South China Sea.  Our hotel was very central with views over the harbour.  The christmas building lights were spectacular and the city looks much better at night than in the morning.

Our search for Starbucks was easily achieved with an outlet being just around the corner from our hotel.  In fact it was one of the first things we saw when we got off the free shuttle bus.  The ginger and apple muffins were rather yummy and provided us with a zing to get our day going!!

Christopher bought some camera equipment from a shop he had been researching on the net.  We also bought some carry bags from the markets after haggling the price down.  We resisted the urge to buy turtles, fish (of every kind), gerbals, rabbits etc from the gold fish markets – quite an experience to see all the bags of fish hanging up on the footpath.  Overall our experience of Hong Kong was great and we look forward to getting back there one day. 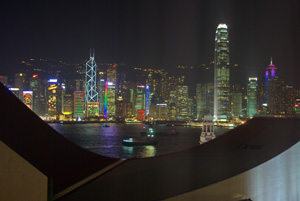 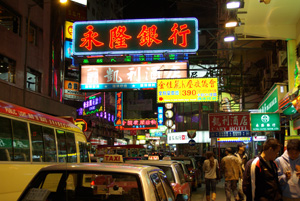 We arrived in London at 5am on December 29th and caught the train to our hotel in Picadilly Circus.  The name of the hotel is Regent Palace but they have taken liberties in using the word Palace.  However it is adequate and very central to everything and right in the West End so we are in theatre heaven.  We have seen Blood Brothers (very good), Evita (quite good despite our sleep deprivation) and last night we saw Mary Poppins (extremely good).  The special effects were amazing with Mary flying right over the audience and disappearing into the heavens.  The set was remarkable – like a giant doll’s house that kept moving and opening!!

We have visited the London Eye (giant ferris wheel) and lucked out on a perfect London winter’s morning – clear and sunny.  By midday it had started to rain.  A walk saw us take in Big Ben, Houses of Parliament, Westminster Abbey and Buckingham Palace.  Westminster Cathedral definitely proves that England is not a Catholic country – it was quite unimpressive and tucked away in a side street.

Today we caught up with Peter and his family.  Peter had walked the Camino in Spain with Christopher and it was great to catch up with them.  We had coffee/breakfast with them and after chatting for ages Peter, Christopher and I headed off to the British museum where we looked at the Egyptian wing – quite an amazing collection.  Then onto Harrods (along with the rest of London it seemed) to purchase a few Christmas decorations.  There seems to be so many tourists in London, especially from Italy, France and the US.

Australians too are not a novelty.  The guys behind us in the ticket line were from Camperdown.  The guy in the Vodafone shop was from Wollongong and the family waiting behind us for the London Eye were from Brisbane.

Tomorrow we head for New York.  We are having a great time and as usual we are seeing and doing heaps – we have only given you a brief run down!! We will endeavour to update this when we get a chance!