Our final few days in Oaxaca were filled with museums, gardens, markets and a tour to Mitla (another archeological site).

Saturday we joined about 25 people on an English speaking tour of the botanical gardens of Oaxaca which are actually within the grounds of Santa Domingo Church. They are attempting to ensure that plant species from across Mexico are preserved. It was very interesting learning about the various forms of cactus and native plants used for a variety of purposes. 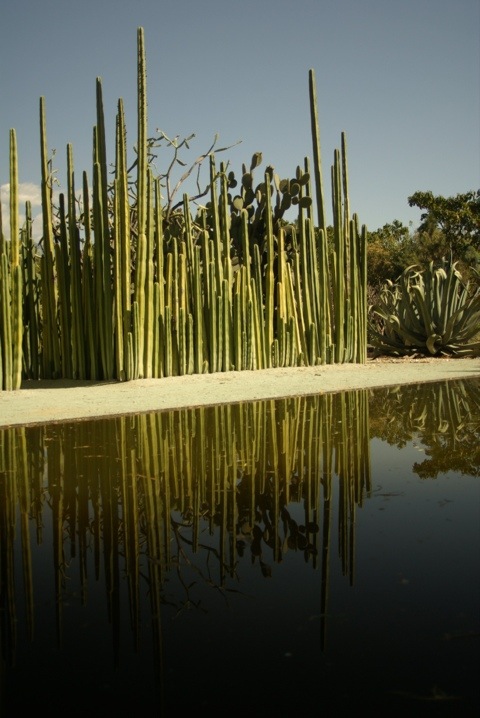 Sunday we visited the Museum of Oaxaca which told the story of the area from Pre-Hispanic times up to the present day including the history of the Dominican Monks who built the Santa Domingo church. The museum included treasures from Tomb 7 from Monte Alban which we had visited earlier in the week. The displays were very well done and the English audio guide helped us understand this part of the world and its history more fully. 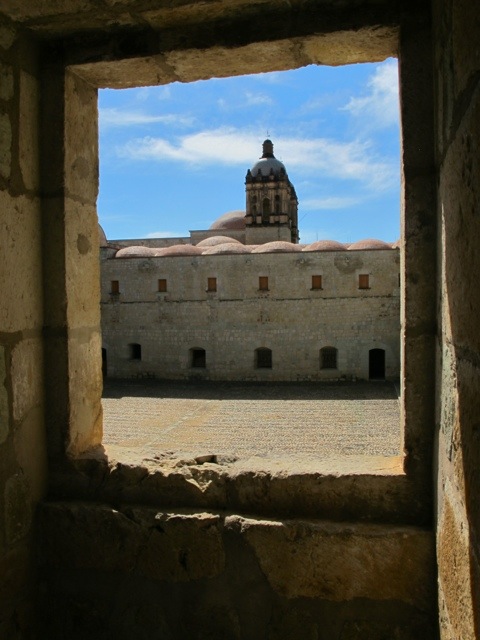 Our main activity on Monday was a tour that included visits to Tule, Mitla, a Mezcal and weaving factory as well as a limestone waterfall. It was a full day and our guide, once again was Arnold – the 85 year old guide we had to Monte Alban. Tule is famous for having the oldest and largest (in terms of circumference) tree in the world. It is over 2000 years old. 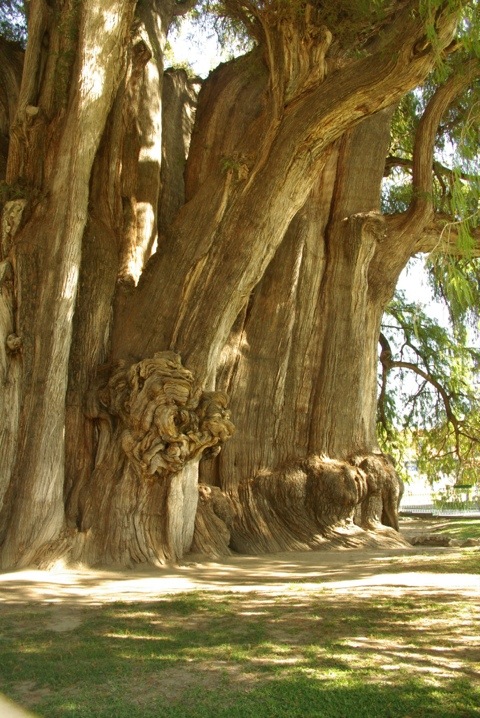 Mezcal is the national drink of Mexico, sometimes commonly known as tequilia. Tequilia refers to Mezcal made in the town of Tequilia. We sampled many different varieties including sweetened ones with fruit flavours such as coconut, banana, mango etc. The photo below is Arnold serving our shots of the various flavours!! 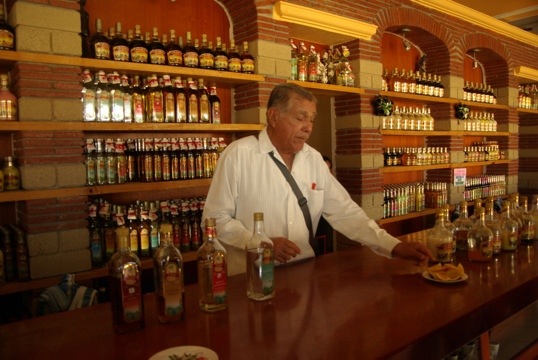 Mitla is an archaelogical site of the Zapotecs and much smaller on scale to Monte Alban. The carvings were more ornate and included some tombs we could crawl down into! After lunch which was a buffet again consisting of specialities such as mole which is a chocolate chilli sauce served over meat, usually chicken. It is quite rich but the Mexicans are made for it!!! We also had the chance to eat chipalinas which are fried grasshoppers. Christopher resisted but Andrew munched on a few!! Bit chewy and squishy and not a lot of flavour. You need a glass of something to wash them down – the legs can get stuck in your throat! 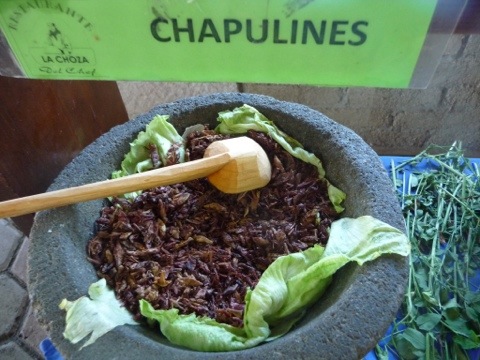 The final stop was at a limestone waterfall. That is the limestone is in the formation of a waterfall and there is not actually water falling! There are sulphur pools nearby that you can swim in and the views over the valley are quite spectacular. 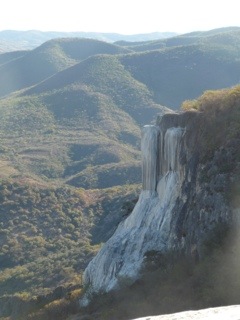 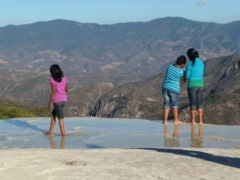 Our trip on the way home was a little exciting as we were pulled over by the police, complete with flashing lights and sirens. We suspect that our driver ran a red light. We had pulled over to the side of the road and our driver was talking to the police when a camera crew and reporter appeared from nowhere and began filming the driver and police. They then turned the camera on our van and began filming us in the van. We all obliged and waved but offered no comment! Maybe we made it on Mexican TV.

In between all these activities we filled our time by visiting many art, textile and craft shops which are plentiful. Christopher has continued his collection of crosses – we have now lost count of how many we have. People watching in the zocalo is also fun with many shoe polishers, people learning spanish, children playing and hawkers selling their wares from chips to ice-creams to balloons to trinkets to cigarettes. We have been surprised by how little you see people smoking here and those you do tend to be European tourists. All this is often accompanied by live musicians such as marimba players, guitarists or even a very bad busker on the odd occasion. Restaurants are all non smoking. 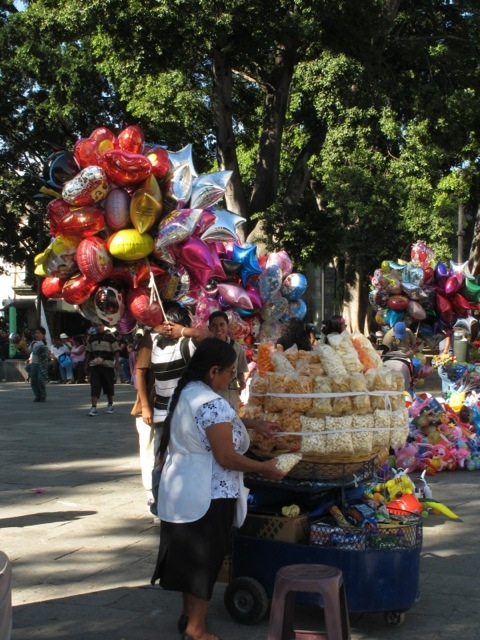