It is New Year’s Eve here in Mexico City and the last few days have been jammed packed!

Our trip to the temples of Teotihuacan was well worth it. Before arriving at the temples we visited the Plaza of Three Cultures which was where protesting students were murdered in 1968, the month before the Olympics. It is called Three Cultures because it also had Aztec ruins and surrounding it is modern day Mexico.

Next on our trip was the Church of Our Lady of Guadalupe which is the most holy site in Mexico and the third most visited religious site in the world. See wikipedia The crowds were amazing as were the amount of stalls outside selling religious artefacts. There is also a large statue of Pope John Paul II as he canonised Our Lady of Guadalupe and therefore the Mexicans love him!!! 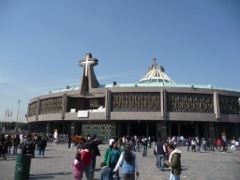 Next we went to a cultural artists workshop where they weave, make tequila and carve obsidian rock which is a naturally occurring volcanic glass. We were given a tour and explanation of the various processes before being shown the gift shop!!! We indulged and purchased an replica Aztec carving. Perhaps it was the three versions of tequila that made us open our wallets so readily.

Next stop was Teotihuacan temples and the Pyramid of the Sun and Pyramid of the Moon. These ancient ruins are from the Aztec culture and were very interesting. The crowds were huge due to it being holiday time and as such we climbed to the first level of both pyramids. 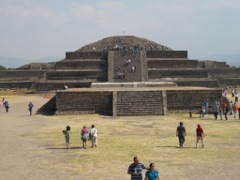 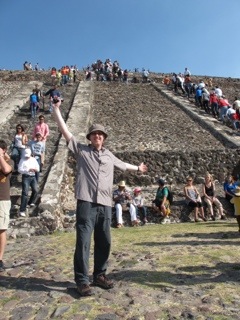 On the way back to Mexico City we stopped at an authentic Mexican restaurant, complete with Mariachi band!!! We met an Australian couple from Queensland on our trip and spent lunch talking about our various travels and in particular walking.

It was a mad dash back to Mexico City as we had tickets to see Ballet Folklorico de Mexico at the castle in the park. This was a christmas present from Christopher to Andrew and was certainly very special. A cast of about 100 performed a variety of traditional Mexican dances based around a Christmas theme. It included live donkeys, horses, sheep and cows as well as a choir and live band. The setting was fantastico and certainly a highlight so far of the trip. We sat next to a couple who were most helpful in translating our programme. He worked for the United Nations as a project manager and had some interesting stories to tell. 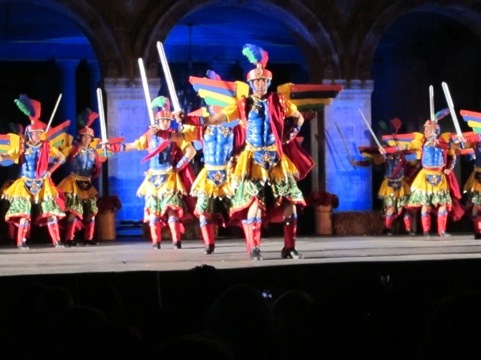 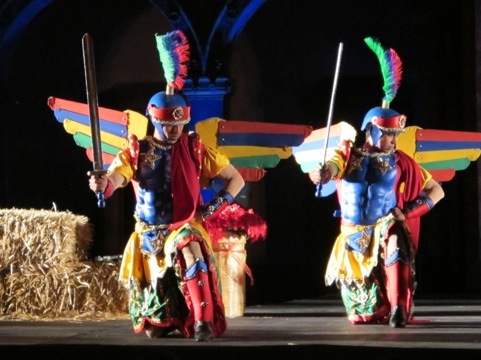 And all that was in one day!!!

Yesterday was no different! We braved our first taxi ride to visit the home (now museum) of famous Mexican artist, Frida Kahlo. Christopher is a big fan of her work and had this on his bucket list for a long time. It was quite a moving experience learning about her life and seeing her work and house which is like an oasis in the middle of suburban Mexico City. She was born and died in the same house and due to a broken spinal column used to paint in bed with a mirror above her. Her ashes are also on display in the house. 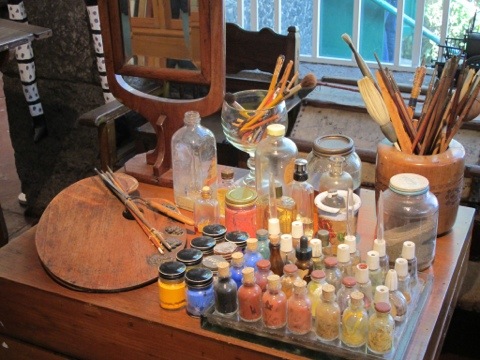 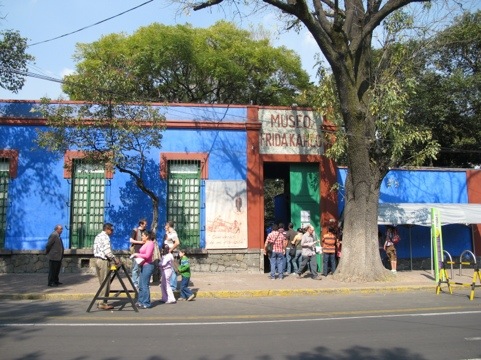 We then caught another taxi further south to a museum/gallery that contains works by Frida Kahlo and her husband, Diego Rivera. It was set in beautiful grounds with peacocks wandering throughout the gardens that included gum trees. This museum/gallery was the house of a dear friend of Frida and Diego and she gifted the estate and art collection to the Mexican people.

It was now 3.00 and we had tickets to see Ovo by Cirque du Soleil in another part of town. Little did we realise then that it was so far from where we were that taxis wouldn’t take us there as it was out of their district. We finally found a taxi driver that would take us back to our hotel where we could organise a driver to get us to Santa Fe where Cirque du Soleil chapiteau was set up. Christopher and I said little as we held our breath as we sat in the constant Mexico City traffic watching the clock tick by. We made it and thoroughly enjoyed the show which was based around a day in the life of insects. Great music, great costumes with some new acts we hadn’t seen before. 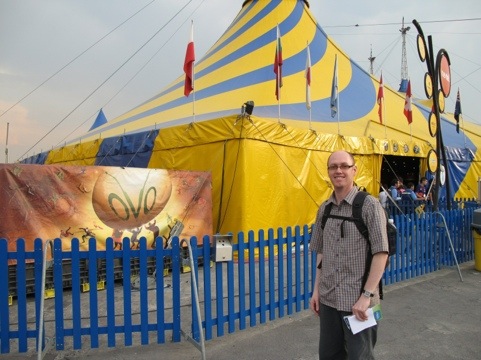 Our final taxi ride for the day was from Cirque back to our hotel. We jumped in the taxi and when we asked about the meter, the driver said something in Spanish which we didn’t understand. It was only when we got back to the hotel we found out he wanted to charge us one and a half times what we had paid to get there. We enlisted the help of the hotel concierge and we finally agreed to paying the same price we had to get there. This was after the concierge and hotel security started to write down the drivers details to report him.